1.  Shelly Aristizabal is offering her new book"This is Your Year to Design the Life of Your Dreams."

Dream your life and live your dream! Take the next 365 days to read Shelly Aristizabal's new book "This is Your Year"  to design & begin to live  the life of your dreams.   Shelly  is excited to share with you the motivational wisdom from some of  the greatest Thought Leaders who inspired her to pursue and fulfill her Big Dreams! Don't wait for some day, one day, begin today!

2.  Rita Baker is offering her new book "Beyond The Creek."

Cedar Key native and lifelong supporter of the Arts, Rita Baker has brought to life the ideals and core values of yesteryear in her debut book, BEYOND THE CREEK.


Inspired by the writings of Marjorie Kinnan Rawlings, Rita brought to life an adventurous story filled with humor and love. Please enjoy the narration of young Emma Charles as she journals her way beyond the creek.


"Reading: the essential educational tool a child must aquire and enjoy." ~ Rita Baker

"DARE TO BE DIFFERENT!" hair design by AVANTGARDE is a modern, contemporary, upscale full-service Salon providing services to both ladies and gentlemen with an artistic atmosphere in Naples, Florida.


a Rafflecopter giveaway
Posted by Nicole Flothe at 8:30 AM 2 comments: 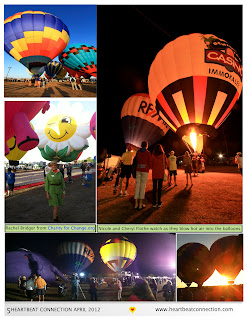 Featured Article in our latest issue of Heartbeat Connection Magazine was all about Hot Air Balloons.  They are so captivating to look at and although we weren't able to go up for a ride as the weather wasn't good enough for launching the balloons we enjoyed all the different designs.  Here is the article below...
It was still dark when we ventured out at 4:30 in the morning to see the first Balloons over Paradise festival in Immokalee. Although the balloons were to inflate by 6 a.M., We wanted to get there early. The inaugural event, sponsored by the Seminole Casino Immokalee, was held April 14th and 15th. Big names in ballooning at the event included the announcer, Denny Floden, who was the first World Hot Air Champion. We’d never experienced “balloon glow” at daybreak before and it was exciting! Among the first to show up, we were very close to the crew as they stretched out the balloons attached to wicker gondolas lying on their sides and began inflating them, first with a fan, followed by jets of gas flame. Each balloon was attached by a long rope to a vehicle, and as the balloons inflated, the gondolas stood upright while people held them tightly with ropes to hold them down.
As pink dawn touched the horizon, over 30 balloons arose around us, bobbing against each other like gentle giants in a surreal dance. Brilliantly decorated balloons with brightly colored stripes, checks, and other patterns were interspersed with the likes of “The Purple People Eater” (a smiling purple and pink tentacled monster), “Miss Daisy” (a three-dimensional yellow and white daisy with a smiling face), and “Hamlet” (a pink flying pig).
People of all ages turned out to share in the magical event: affectionate couples, families with children, and people who could be grandparents. Photographic moments abounded---judging from the hundreds of cameras, from cell phone to professional, there are probably thousands of pictures of the event out there!
Both days of the event featured bands, a parade, children’s activities, and more. Food vendors with turkey legs, pizza, and other delicacies; and informational and local arts and crafts booths, provided a little something for everyone. Even though it was too windy for the balloons to take to the air and land safely, many were able to witness the thrill of balloons at sunrise!
by Cheryl & Nicole Flothe Photos by Glenn Flothe
Posted by Nicole Flothe at 8:29 PM 2 comments:

Excited about the path God is revealing in her life, Kristina shares her insights on Abundance. If you are struggling with scarcity in any area of your life - finances, relationships, time, health, etc - don’t miss out on this insightful, honest reflection of Kristina’s journey of breaking through these strongholds. 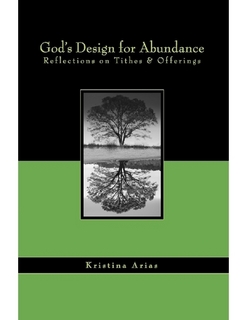 Enter our Giveaway for a chance to win Kristina's Book...

a Rafflecopter giveaway
Posted by Nicole Flothe at 9:17 PM No comments: