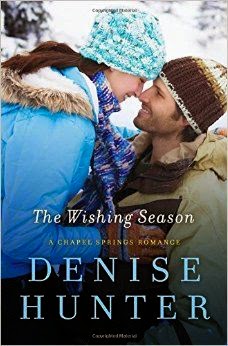 I picked this book from BookLookBloggers.com to review because I loved the cover and the way the photo predicts a winter romance.  Perfect for this time of year!  While I was reading the book, several characters began to seem familiar and then I realized that I had read another book from Denise Hunter and this one was about PJ from the same family.  I love when that happens in books.  It gives me an opportunity to see how these fictional people are progressing in their lives. One of my favorite things is when my wish for a story to continue comes true.

PJ is the youngest of her siblings and she is looking to become successful in the restaurant business and Bed & Breakfast.  Her opportunity comes when a local wealthy home owner wants to retire and donate the "Wishing House" to a business with a great cause.  PJ and others are presenting for a chance to win the house.

The book starts out with a possible break-in at PJ's house that she is renting.  She clobbers the guy over the head with a vase and he's knocked out.  It turns out there was a mix-up with the rental, and Cole wakes up being cared for by PJ.  The interesting part is that Cole has to get better fast because he also is presenting to be able to start a teen group home for foster children at the Wishing House.

While PJ is giving her presentation, in walks Cole and reality sets in that he is her competition.  When they both share their reasons for the house the women is moved by each possibility and can't decide so she gives them a year challenge to see who can prove success and win the house.

They each had one floor to use and remodel as they saw fit and were told they must share the home.  After much consideration they both agreed and began the renovations.  Throughout the book PJ was always wondering if Cole had ulterior motives and would want to sabatoge her business.  She didn't trust him, but something about him intrigued her and increased her heart rate every time she saw him.  Her floor transformed into a beautiful culinary kitchen and restaurant.  She was able to hire workers and hosted cooking classes for increased business exposure.  During the season the restaurant was packed, but she struggled with the winter months.

Cole renovated his upstairs and made individual rooms for his teenagers that he picked out of a large stack of possibilites.  He was a foster child and when his parents and sister died in an accident he always blamed himself for the loss.  He wanted to give back and so this foster home for teenagers was his way of doing that.  In foster care there is a time when kids turn 18 before they graduate from high school and have to leave the foster system and live on their own.  His home was for these type of kids.

During their year together, they got to know and appreciate each other.  PJ had a bad relationship from the past and the ex-boyfriend was causing a problem.  Cole rescued her in many situations.  Another challenge that PJ had was anxiety and she began to have panic attacks.  Cole's mother used to have them and so he was able to be of support to her.  One of my friends shared with me that she believes we are all put here to find our perfect match, and when we do, we have certain things in us that will help benefit the other.  This was true in their relationship.

In the final months they began to fall in love, but still were unsure of the possibilities of the Wishing House.  PJ's mom didn't like that Cole was interested in her daughter and told him.  So the relationship went bad as Cole pulled away and PJ didn't know why.  He gave up and told the owner that PJ could have the house.  She was miserable and couldn't reach  Cole to figure out what happened as he left town.  The mother finally came to her senses and found Cole and told him she was sorry.  Cole came back to PJ and they talked about what life would be like together.  PJ said that she was going to give the house to him.  They decided to keep the house as dual owners and he would own the foster home for teens on the top and she would run her restaurant on the bottom floor.  It was another one of those books that I was looking for the future story.  So good!

To learn more about the author, Denise Hunter:
www.denisehunterbooks.com

Posted by Nicole Flothe at 7:45 PM No comments:

This last month the cover photo was provided by Artistic Puppy Creative photography.  I found the photo from Facebook, my high school friend, Molly Blakeley-Poland's daughters were so beautiful and it made for the perfect cover. 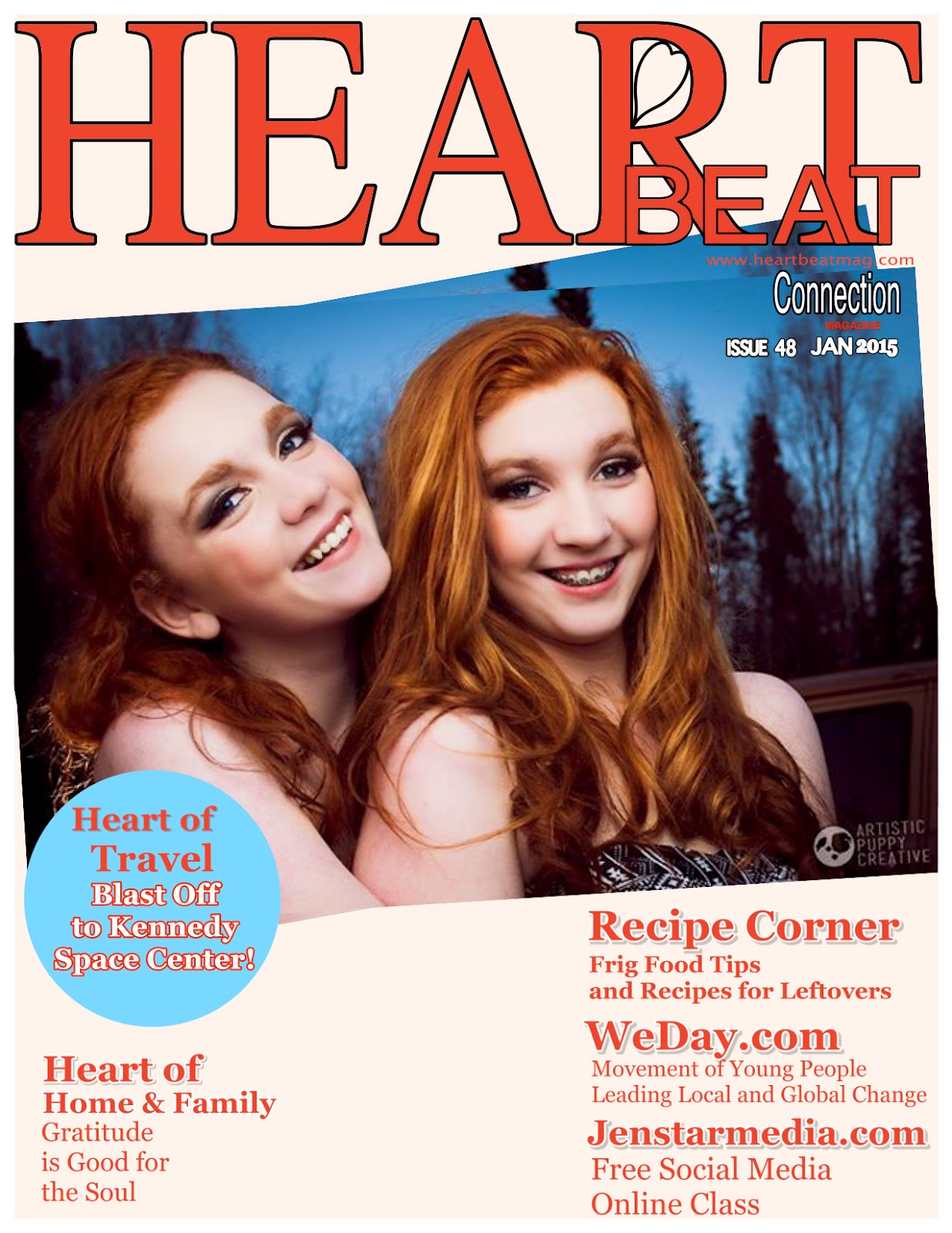 I truly am so happy Facebook was created!  It's provided me with the opportunity to see and connect with so many friends and family that I would never have a chance to otherwise.   My heart was captured by the above photo, so I asked if Molly would be interested in letting me use her daughters, Emerald and Anni Poland, for my cover girls.  The photograph was taken by Artistic Puppy, a Soldotna Alaska photography company.  They specialize in Couples Portraits, websites, and marketing for small businesses.

Emerald and Anni Poland are musicians, among many other talents, and recently they auditioned for America's Got Talent. So exciting!  They also have a band named
5 Sided Di. You can find them on Facebook at https://www.facebook.com/pages/5-Sided-Di/
1453772291569841  Their latest post said that they are booked this summer every Sunday at Anchorage Hard Rock Cafe!  Congrats to them!

This month our giveaway is one Free online Social Media Class valued at $100 by JENSTARMEDIA! Enter on our giveaway page for your chance to win. 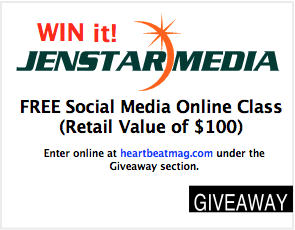 The Promise Or, The Pros and Cons of Talking with God by Sean Paul Murphy Book Review 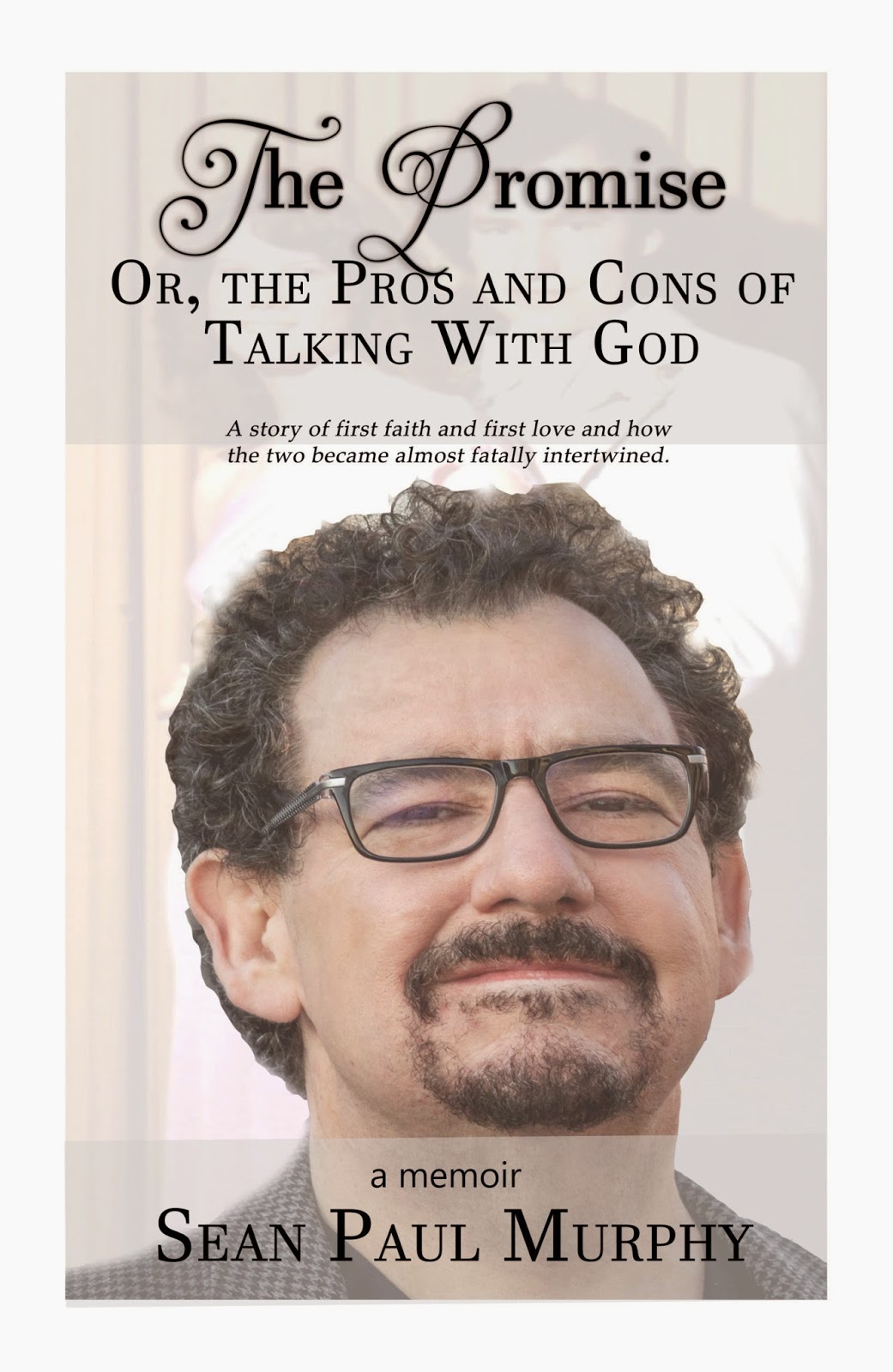 It was so nice to connect with Sean Paul via email after he read my review of Sarah's Choice on the Heartbeat Connection blog.  I was excited to read his memoir and I enjoyed learning from his life experiences.  Below is a telephone interview I did:

What compelled you to write your story?  My words seemed to help people with suicide or someone in need.
I told the story through my eyes and reviewed past letters.  I was respectful of people's privacy and life and changes were made to locations.  My niece gave me great details
in my sister's suicide and since we hadn't talked for a while this gave us a way to connect again.

How are you doing now?  I've had a great year. My health has taken a tremendous improvement.  My wife and I are doing great.  People are thinking, changing their attitudes, and getting closer to the Lord.

What do you recommend to give back to your community and the world?  We attend our local church and are involved with many charitable events.  One that is close to my heart is helping the Inner City Children of Baltimore.  Seeing children get off the violent streets, out of gangs, and into the education system are some of our many goals.  Another area I recommend people get involved in is with suicide programs.  If you can help someone get past that first suicidal moment and help them find a reason to keep on living studies have shown that the risk for recurring suicide diminishes greatly.

To learn more about your book and your life what website should someone visit?  Please visit my blog at http://seanpaulmurphyville.blogspot.com/ You can also order a copy of the book at http://amzn.com/0692200533.

Here are some of my favorite heart quotes from the book:

I needed her to utter a word of such monumental power to break the wall around my sheltered heart and encourage me.

I just never felt capable of discussing the deeper things of my heart like my feelings and my faith, which, in the end, are the things that define us all as human beings.

My stories, like the other treasures of my heart, remained bolted down and locked away.

What I previously understood with my head became real within my heart.

he inherited an admirable trait from his parents: An unwillingness to take no for an answer in matters of the heart.

Still, there was something supernatural about that dream.  If it wasn't actually my grandfather, the dream had to be a vision given to me by the Lord to set my heart at ease.

I would do whatever it took to win her heart.

I held the key to her heart.

Being a person who didn't like being pressed on matters of the heart myself, I never pressed her on the subject.

Distance definitely made both of our hearts grow fonder.

Being unwilling or unable to talk to anyone about my heartbreak, I suppose it was bound to surface somewhere, whether I liked it or not.

I hope you enjoy reading the memoir of Sean Paul Murphy and learn from his life lessons.