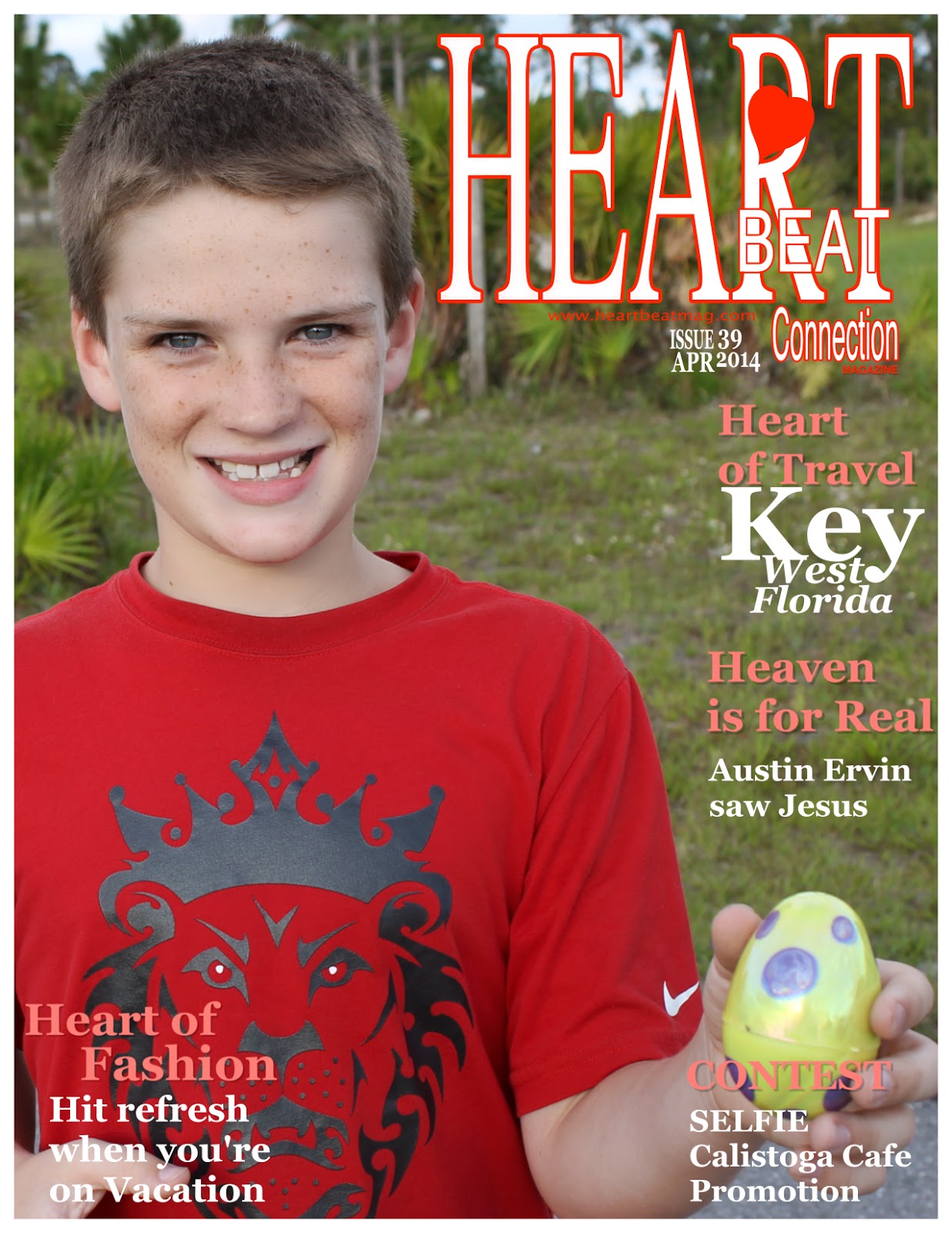 This month's cover is a photograph I took of Jake finding his Easter egg on a hunt provided by his older cousin Alex.  He was so happy to be included and knew that he was the oldest so would have to give his sister and younger cousin a chance to get the eggs.  Alex created a surprise and color coded the eggs so each kid got the same amount!  Perfect!

In the Heartbeat Connection Magazine April 2014 edition you will find articles on Heart of Fashion, Heart of Travel, Heaven is for Real, and a local Contest from Calistoga Bakery Cafe.

Please share your heartfelt story with me as I'd love to include it in next months issue! 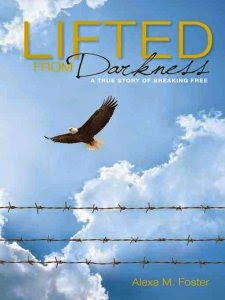 I had the opportunity to review this book from Booklook Bloggers.  I love the ability to choose books that provide a true life story and how someone can go on from a terrible situation into a life full of love and success.

The Epic Transformation from Living the Nightmare to Healing the Spirit…

On the outside, Alexa lived the life of a cheerful married woman whose entire life seemed poised for greatness. On the inside, she continued to hide the shadowy secret of a splintered world of torture that she endured for ten years at the hands of the man whose lies she believed.

When she first met Jim, she was nineteen years old. Immediately captured by his charming personality, Alexa began an ardent love affair with him. What originated as controlling emotional abuse developed into a traumatic depiction of physical and psychological violence, illustrating the intense complexities of love and fury, passion and brutality.

In this touching work of inspiration, Alexa reveals the entangled suffering and sadistic manipulation experienced by living with an abuser, and carries you with her through the shocking events that led to her escape from the chasm of fear and intimidation. Along the way, Alexa exposes the heartbreaking effects domestic violence played on her identity as she moved toward true healing and a life of personal fulfillment and success with a faithful trust in God.

There were so many parts of the story that I just wanted her to get up and leave her marriage.  One strike is the turning point in my opinion and I've always been an advocate of seeking help.  Each page I waited to find out when she would make the decision to leave but the cycle of abuse and then kindness continued.  He had a young daughter that she raised as her own and was primarily the caregiver for the child.  There were so many twists to her life that at one point I wasn't sure if she would survive.

Throughout all of it, her strength and perseverance comes across. When she is finally able to unshackle herself from the abuse she thrives. More importantly she can look back at the awful times and see how God was still present in her life and would use them in her future. - S. McQuaid Amazon Review

It was definitely a roller coaster ride and I was surprised that she was able to break free.  Since I'm a nurse, I have been educated in Domestic Violence and how to see or treat signs and symptoms.  One of the things that never occurred in her story was any help from the medical field.  She visited the hospital several times for infections caused by her husband's affairs, but being young and naive didn't understand that these were serious issues.  The staff treated her unkindly because of her infections and never realized the problem.  I wonder how many times in our life we have people we meet and not realize they are in need.

Since I've read the book I look at my life and thank God for the support and comfort I have from my family and loved ones.  It's an eye-opener and perhaps will be a support for those in a situation that need to know there is hope!