Stand By Me Book Review 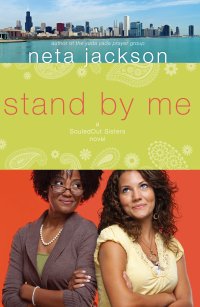 My Rating 4 out of 5
Stand By Me is a book by Neta Jackson, she writes about two women from different lifestyles that end up helping each other in ways they never thought possible.

Here is a great Book Description:

Sometimes the person you most need is the one least like you.
Kathryn Davies is a bright young woman from a prominent Phoenix family. But after making a leap of faith at a Christian music fest, dropping out of med school, and moving to inner city Chicago, her family has all but disowned her. Kat’s enthusiasm for her newfound faith tempers the sting of their rejection.
When Kat discovers SouledOut Community Church, she longs to become a part of the multi-cultural church family. But her tendency to say whatever she’s thinking and her eccentric ways step on the toes of nearly everyone she meets—especially Avis Douglass, a woman she admires but who seems distant.
Avis is known for her mature faith and her reliance on listening to God more than people. Married to a kind and successful businessman, she is the principal of one of Chicago’s highest performing elementary schools, and a founding and active member of SouledOut. But the country’s economic downturn has thrown both her and her husband’s jobs in question. And Avis hasn’t heard from her youngest daughter in months—an estrangement that gnaws at her every day. Where is God in all this?
Kat’s flamboyant zeal for living a “radical” Christian life is a stark contrast to Avis’s quiet crisis of faith. But in God’s own mysterious ways, the two women discover they need each other in ways neither of them expected.
Read more about author Neta Jackson.
The three things I liked about the book...
1.  I enjoyed the deep story plot and how each woman was able to figure out their struggles and trust in God to help them.
2.  It was fun viewing the life of a college student again, it's been a while and it brought back memories of my apartment hunting and sharing costs with friends.
3.  When Avis lost her earrings that her husband gave her and didn't want to tell him it made me reflect on what I hold on to at times and should just share right away instead of making the situation more frustrating.
All in all, I enjoyed the book and would recommend it to others to read.  The only thing that was a bit slow for me was there are a lot of pages to read.  But as a Book lover, I can tolerate a good book any day!
xoxo,
Nicole Flothe
(I was privileged to do this book review for Booksneeze.com)
Posted by Nicole Flothe at 12:12 PM No comments:

Pinterest has been a lovely addition to Social Media.  I can't imagine life now without it.  It used to be invitation only to join but recently they changed their enrollment feature and now you can just join immediately.  For this weeks Wordless Wednesday entry I thought I'd highlight some of my favorite Boards within my Pinterest.

If you have a Pinterest, I'd love to connect and let me know what your favorite things are to pin.

1.  Heartbeat Magazine Board, I enjoy finding all the heart pictures and repin them here.
2.  Delicious Food, I save all the recipes that I think I'd someday have fun making for my family or for a party.
3.  Crafty, this board has my all time highest pins, I guess I love being crafty!
4.  Favorite Quotes, I find inspirational quotes a perfect way to get motivated and I love being able to save them on this board.
5.  Favorite Places & Spaces, I dream of someday visiting these beautiful locations or creating an amazing outdoor space. 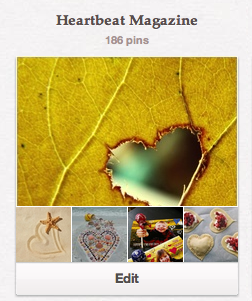 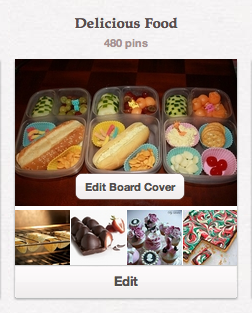 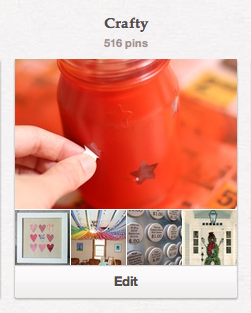 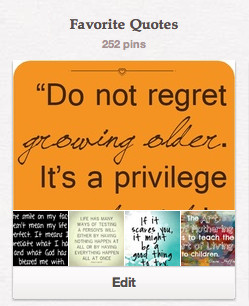 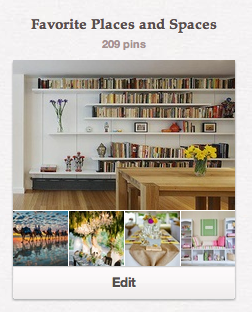 How much Time do you Spend on Projects? Entry for WW. 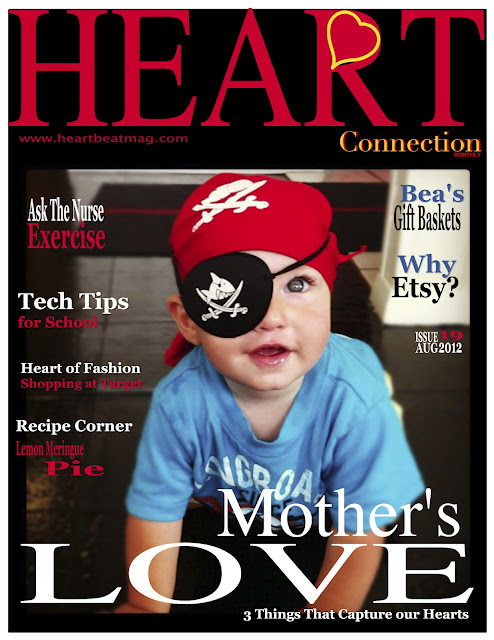 Each month I work on the cover for my Heartbeat Connection Magazine.  This is our August Cover, it takes some time with the layout but not much time as I have past issues to look at and get ideas.  The fun thing is I get to choose from so many pictures and decide which one to use.  This little guy is my Cousin's son River, so adorable. 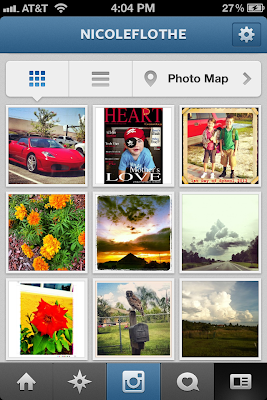 Every day I post a picture on Instagram.  It takes me a few minutes, but I love to see all the different photographers on there and the cool pictures they take.  I consider myself an amateur iphonographer, maybe someday I'll take a class in photographer but for now I'll just enjoy learning from pictures. 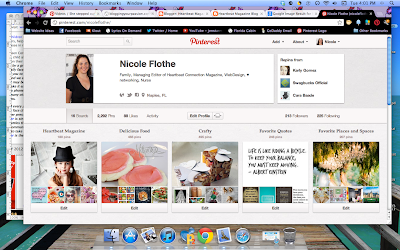 Lastly, I spend a portion of my day on Social Media sites like Facebook & Twitter, but recently have been enjoying Pinterest.  I love being able to save the pictures that go by in the feed to my different boards and I go back to them later to make a delicious recipe, or create a craft project.

Hope you have a Sweet WW!

What are you doing to get Ready for Back to School, WW Entry 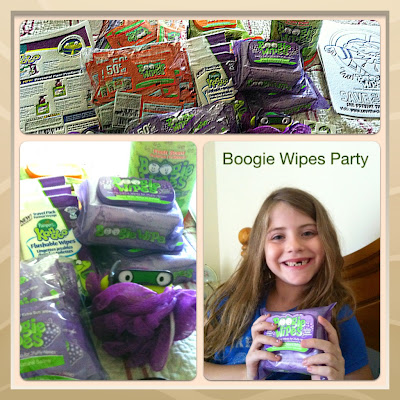 We are thankful for our Boogie Wipes, they'll be so useful for Back to School!  My daughter was so excited to get our first box of Boogie Wipes and she began cleaning the house and anything she could find immediately.  My friend had shared with me that she was working with Saline as an Ambassador for the company to spread the word about Boogie Wipes.  She sent me an invite and a few weeks later we had our first Boogie Wipes party. 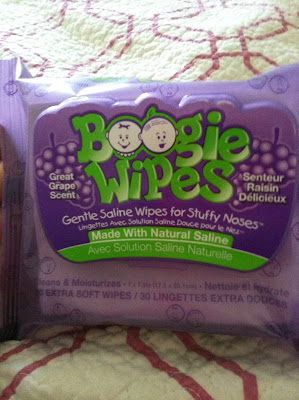 The grape ones were her favorite! 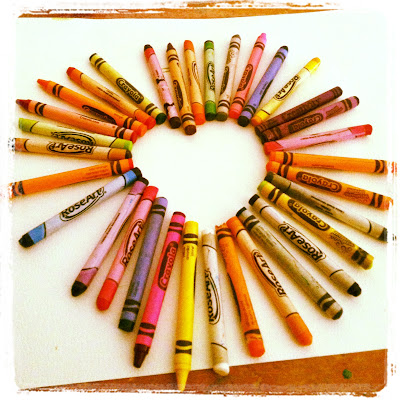 Getting ready for Back to School is always a fun time around our house.  We go through our past supplies and see what we can recycle.  The Heart Crayon Art is from our leftover crayons from last year.  Just one more week and they will have new teachers, new supplies, and new things to learn! 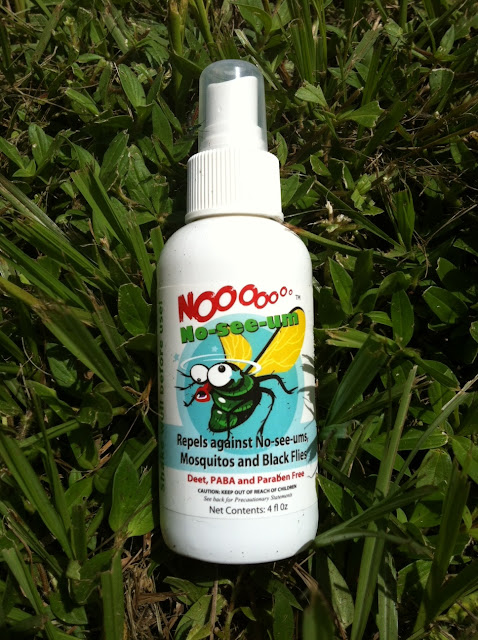 This would be a great addition to my beach bag.  They say right at dusk is when the worst time for Mosquitoes and those NoSeeUms bugs to attack.  Our friends over at www.skeetrdone.com have offered this months giveaway.  1 Free Bottle of NoNoSeeUm Bug Spray will be available to one lucky winner.  Be sure to enter as often as you'd like and we'll be picking the winner towards the end of the month.

You can't see 'um, but you sure can feel 'um. OUCH. No-see-ums can drive you crazy and ruin many outdoor activities. Finally, there's a product that repels 'um.
No No-See-Um is an all natural, skin-safe and great smelling insect repellent. It was developed by a leading biochemist and thoroughly tested on hundreds of people.
Now No-No-See-Um is THE #1 selling product to combat these pesky little insects. If in doubt, try it out!

a Rafflecopter giveaway
Posted by Nicole Flothe at 3:37 PM 4 comments: 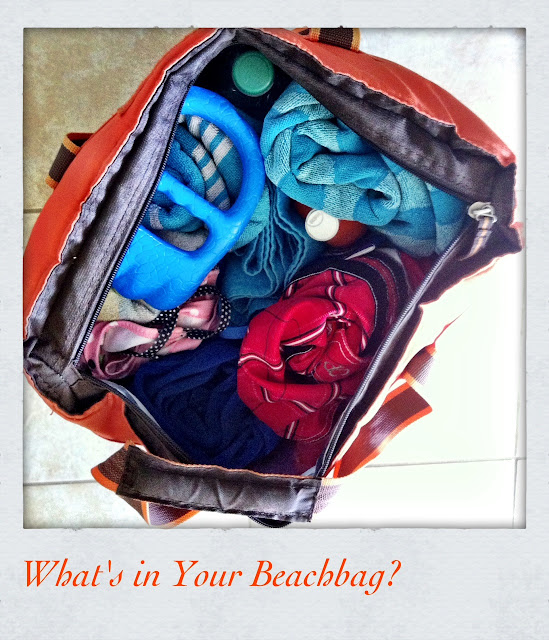 I love to go to the beach but getting the stuff ready can really be enough to make or break the trip.
I've found that when we prepack our beach bag Life is Easier!!  What's in your Beach Bag?

Ready for the Beach :)

Here is a great Quote for the day...

Quote of the Day

"Be who you are and say what you feel, because those who mind don't matter and those who matter don't mind."
– Theodore Seuss Giesel